Return of the Gull!

Yes that’s right, it’s that time of the year again as we welcome back our migrant gull colony! The Lesser Black-backed Gulls are back in force, and within just a few days we have seen a transformation across the Island, expecting numbers to increase heavily over the next weeks. February is always a busy month on the Island, not just for the gulls as they compete for a prime nesting spot but also for staff as we prepare for the 2011 season! With only a few weeks to go before the grand opening we’re busy giving the Barracks building a makeover and carrying out plenty of final maintenance work.

It’s a beautiful calm evening on the Island with the occasional cry from returning gulls… something tells me this season is going to be a good one! 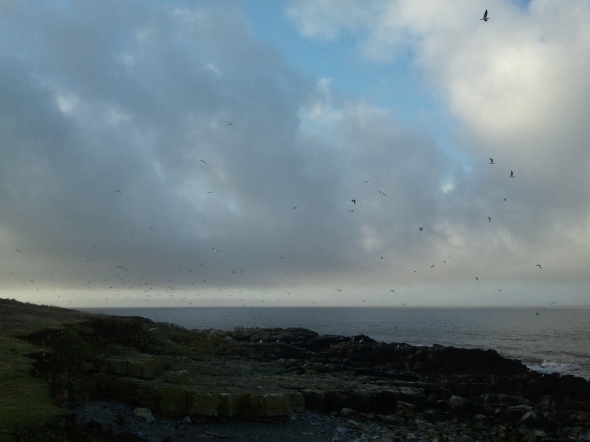 This entry was posted on February 12, 2011 by Flat Holm Island. It was filed under Uncategorized .